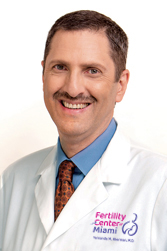 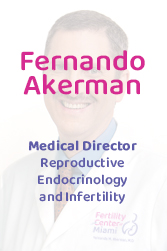 Dr. Akerman joined the Center in 1999. He is originally from Argentina and is fluent in Spanish, English and Portuguese. He is Diplomate Certified by the American Board of Obstetrics and Gynecology, Subspecialty in Reproductive Endocrinology and Infertility.

Dr. Akerman graduated with honors from the Universidad de Buenos Aires, Argentina, where he also completed his Residency in Obstetrics and Gynecology in 1992. He completed an Internship in Pathology at Albert Einstein School of Medicine, New York, in 1993. He completed his residency in Obstetrics and Gynecology at Saint Louis University School of Medicine in 1997 in Missouri, and his fellowship in Reproductive Endocrinology and Infertility at the University of Louisville, Kentucky, in 1999.

He is an active speaker at numerous international fertility meetings.

Dr. Akerman is married to a pathologist and together they have 3 children. He enjoys traveling all over the world with his entire family. And as an avid sports fan he especially enjoys traveling to attend special sports events. (i.e. The World Cup) 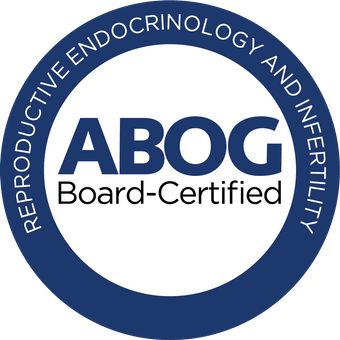